The feast of the Immaculate Conception is one of the four main festival days on which Vincentians are asked to celebrate. This feast day celebration dates back to the very beginning of the Society of St. Vincent de Paul and can be traced to Frederic Ozanam himself.

Frederic Ozanam had a strong devotion to the Blessed Virgin Mary, from his youth to his death. Frederic was insistent that the Society take Our Lady of the Immaculate Conception as its patroness. The first members of the Society chose December 8th as their special Marian feast twenty years before the formal proclamation of the dogma in 1854 by Pope Blessed Pius IX and a year after Frederic’s death! Vincentians implore Our Lady of the Immaculate Conception, their patroness, to intercede for their Councils and Conferences, their lives and ministry. (SVDP Manual, p.34-35)

Since the earliest days of the Society, members have shown great devotion to Mary, the Mother of God. Prayers before and after each meeting are offered to place us under her protection and guidance. Ozanam, our principal founder, developed a great spirit of piety by fervent devotion to the Blessed Virgin and this virtue was expressed in the text of the decree for the introduction of his cause for beatification. Shortly after the beginning of the Society, Ozanam formally proposed that the Mother of God – Mary Immaculate – should be the heavenly patroness of the Society and suggested to members that the Hail Mary be prayed at each Conference meeting.

December 8 marks not only the Feast of the Immaculate Conception but also:
• the canonical establishment of the Confraternity of Charity- 1617;
• the day on which the first group of the Ladies of Charity in the United States begins at St. Vincent’s Church in St. Louis – 1857
• one of the four major feasts chosen by the Society of St. Vincent DePaul in 1834
• the day on which many groups of the Sisters of Charity Federation renew their vows. 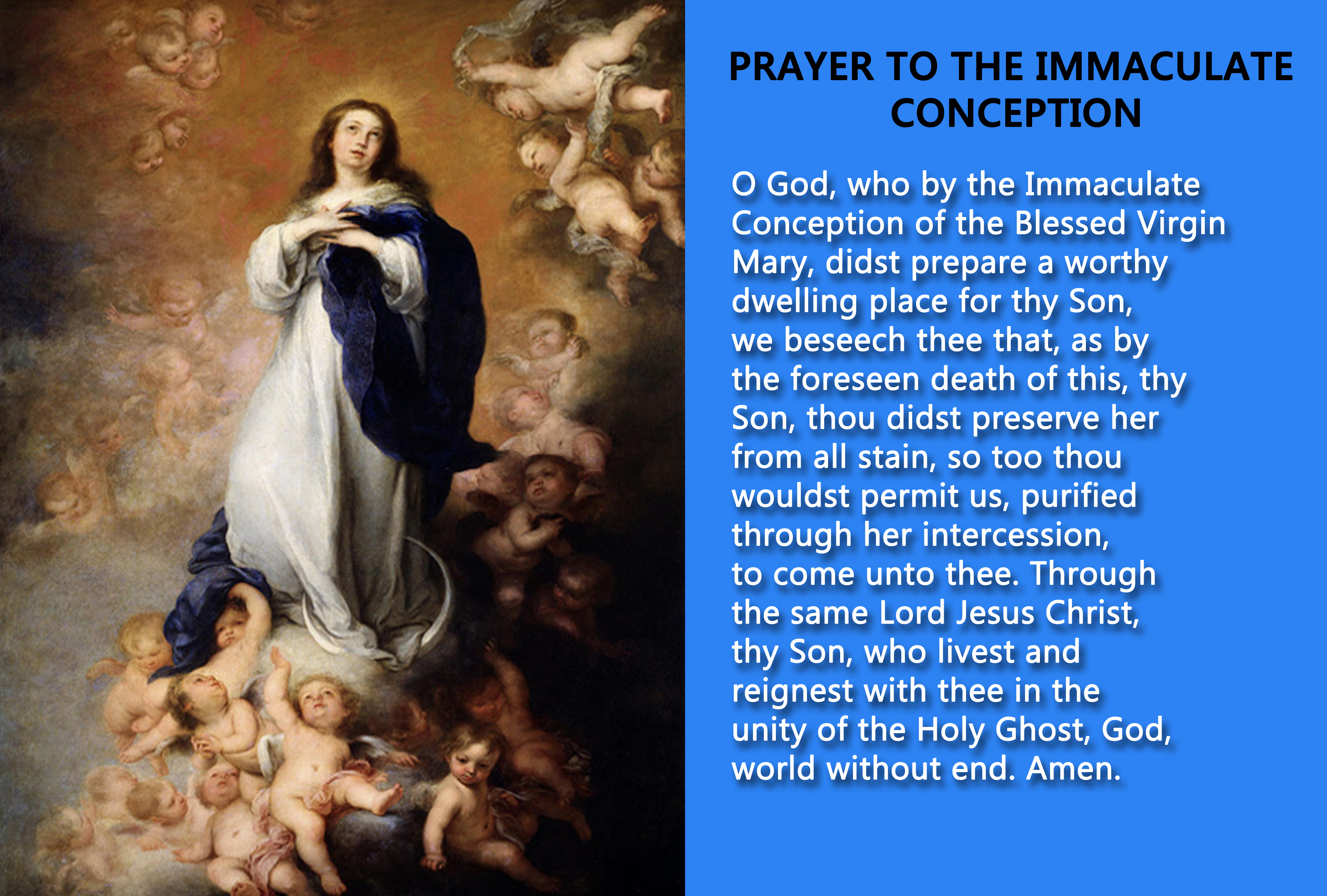