Our thrift stores are currently closed to protect the health of our employees, their families, our customers and those that we serve.  Please visit our site often for updates.  God Bless

The Society of St. Vincent de Paul Chicago Congratulations Sally Blount on her appointment as CEO for Catholic Charities of the Archdiocese of Chicago

Cardinal Blase J. Cupich Announces the Appointment of Sally Blount as Chief Executive Officer of Catholic Charities of the Archdiocese of Chicago

Blount, 58, is the Michael L. Nemmers Professor of Strategy at the Kellogg School of Management at Northwestern University, where she is the former dean.

The first lay person to lead the 103-year-old charity, she succeeds Monsignor Michael Boland who stepped down in August 2019 after 30 years with the agency. Blount will assume the position of CEO on August 1, 2020, working closely in the interim with Catholic Charities’ acting CEO Kathy Donahue, to transition into the role.

“We conducted a comprehensive nationwide search for a leader who combined a deep commitment to the Catholic faith with the expertise to re-envision Catholic Charities’ mission and impact for its next century of service to people and families in need,” said Janice R. Klich, M.D., chair of the Catholic Charities Board of Directors. “Our search committee found in Sally Blount a heart for the mission of Catholic Charities and the vision to help it thrive amid a growing need for its services and a challenging fundraising environment. We were pleased to unanimously recommend her to Cardinal Cupich.”

A record-setting fundraiser and transformational builder, Blount served as dean of the Kellogg School of Management at Northwestern University from 2010-2018. Blount sits on the boards of directors for Abbott Laboratories, Ulta Beauty, the Joyce Foundation, and the Economic Club of Chicago, and serves on the advisory board for the Aspen Institute Business and Society Program. Since 2014, she has been a member of the Finance Council of the Archdiocese of Chicago, where she co-chairs the People and Talent Development Committee. “I am pleased to accept the recommendation of the Catholic Charities search committee and appoint Sally Blount as the organization’s Chief Executive Officer,” said Cardinal Cupich. “Sally has contributed much to the Church through her service on the Archdiocese Finance Council and her work in priest development. With her organizational and leadership expertise, profound faith and strong commitment to social justice, she is the ideal person to lead Catholic Charities at this exciting and challenging time.”

Prior to Kellogg, Blount was dean of the New York University (NYU) Stern College of Business for six years. Under her leadership, Stern received a $15 million gift, the largest in its history. An awardwinning instructor, she served on the faculties of NYU and the Booth School of Business at the University of Chicago for nearly two decades. She will retain her appointment on the Kellogg faculty, teaching on a part-time basis. Blount is a sought-after speaker and commentator on leadership development, board governance and organizational transformation. She is author of two books and more than 30 peer-reviewed academic publications in negotiations and behavioral economics and is a two-time recipient of National Science Foundation research grants. Blount holds a Master of Science and Doctorate in organizational behavior from Northwestern University, and a Bachelor of Science in engineering from the School of Engineering and Applied Sciences at Princeton University. “I’m grateful to Cardinal Cupich and the Catholic Charities Board for offering me this opportunity to use my gifts to serve the Church in such a foundational way,” said Sally Blount, incoming CEO of Catholic Charities of Chicago. “Becoming the first lay person to lead this century-old organization is not something I take lightly. The sense of honor I feel is profound. And I’m energized to work with Kathy Donahue and the talented and dedicated team at Catholic Charities to enact a smooth transition and set a trajectory that deepens the organization’s mission and impact for decades to come.”

As a partner in mission of helping the poor and those in need, the Society of St. Vincent de Paul has worked hand in hand with Catholic Charities since their founding. We are very excited for the appointment of their new CEO Sally Blount and look forward to our continued good works together in building bridges of hope. 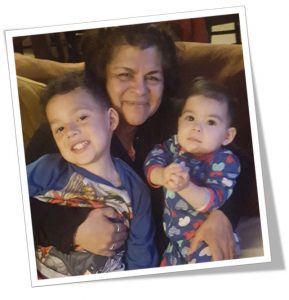 Give generously and do so without a grudging heart; then because of this the Lord your God will bless you in all your work and in everything you put your hand to.”  Click here to read the amazing faith filled story of one of the Society’s best!